Let us talk baseball for just a minute. Last night the Boston Red Sox won their 106th game this season, and with five more games to go this season, they have the potential to win 111 total. Now I do not believe all of that potential will be realized, they will most likely give up one to the New York Yankees, and as we have two more against the Baltimore Orioles, a team we seem to have a hang up with, despite them being historically bad, the worst team since…well, the 1988 Baltimore Orioles. To their credit, the 1988 version only lost 107 games, while this current roster has lost 111 and has the potential to finish with 116 in the L column. However, the facts are that in 1912, the Boston Red Sox won 105 games, and for 106 years that record stood. The Red Sox have played the game for 118 years, and for 106 of them, the record stood…until last night.

Last night, through out the season really, but ever since last night and through this morning so far, I have seen a lot of posts from supposed fans on social media that lead me to believe, they do not understand the game of baseball. Sure they know there are three bases and a home plate. They probably can name the other positions, a few types of plays, and could even understand which direction the ball is to be thrown to a batter, but these posts tell me they do not understand or have a stake in the souls of this great game. 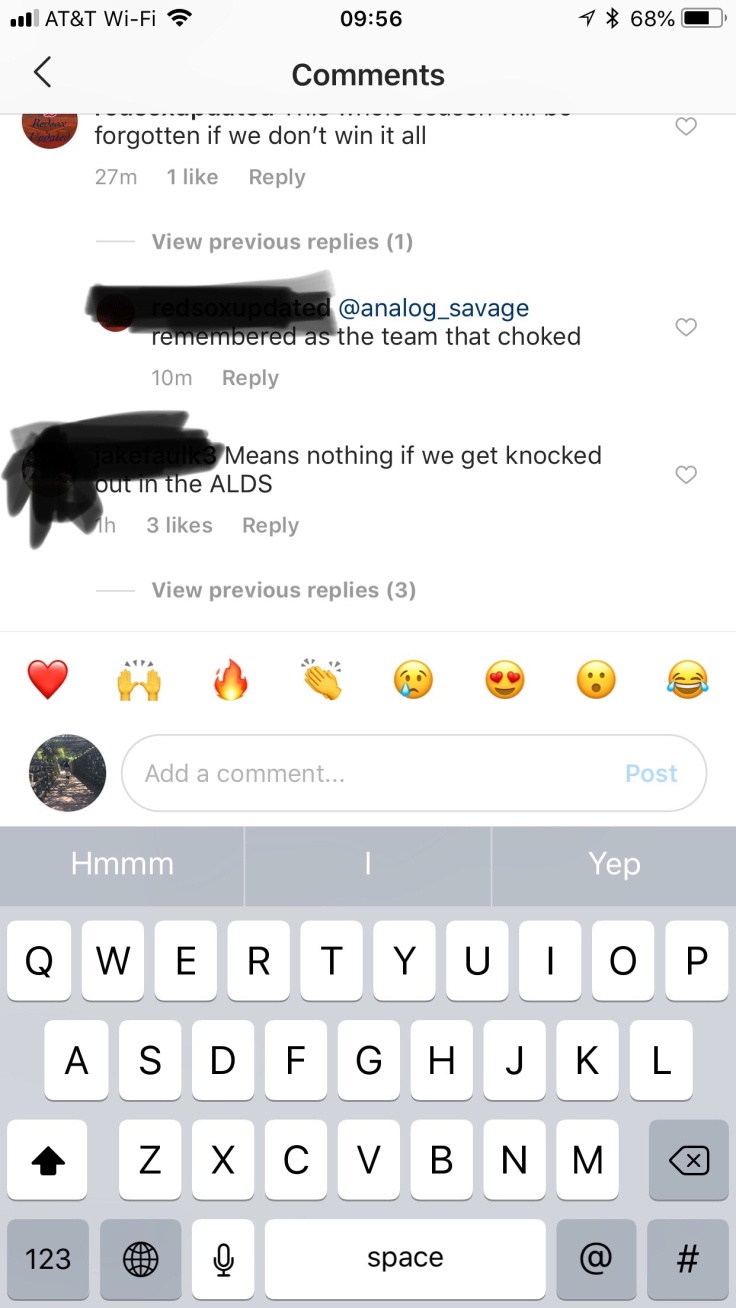 This Boston Red Sox team is no Murderer’s Row, but they are in the same grouping for this year. This is the 2018 Red Sox, and in a weird way, I’ve realized I’ve probably seen the best season I am ever going to see. If I live to be 100, the history says it probably will not be this good again. If we win the World Series, that will almost guarantee that on my death bed, when I recount the events of my life, I will finish with “…and with my wife and sons (depending on how the World Series goes assuming we got there, my friend Carl) I watched most every game, and listened to some on the radio, of the 2018 Boston Red Sox.”

This season, it is what baseball is about in it’s soul. 1912, let us recap: The Manchu Quing Dynasty ended, Arizona became a U.S. State (last contiguous state), the Ottoman Empire still existed, Oreos were invented, the RMS Titanic Launches, The RMS Titanic sinks, Fenway Park opened, Universal Studios was founded, Wilbur Wright died, Merck filed a patent for ecstasy, vitamins were identified, and amongst others, the Red Sox set what was to be a long standing record for franchise wins in a season.

That is what baseball is, it is history. It is a game of numbers, of dates, statistics, of players, games, owners, seasons and events that weather time in a way that only major historical events do. Hitler and Stalin were evil men, Honus Wagner and Ty Cobb were amazing players. That is baseball. So I despair a bit when I see people saying that none of it will matter if we done win “it all,” or that this season will be forgotten if we do not win the World Series. BASEBALL IS NOT JUST ABOUT THE WORLD SERIES!

Sure, the World Series means plenty. Not entirely sure why we call it the World Series as it is only between teams from America and Canada, even if we do have a mix of players from all over the world (thank you Puerto Rico for the gift that is Alex Cora, your son has brought glory to the game) but it is the championship. I am all in favor of calling it by the name it started with, the fall classic. I do not have the time to recount all of how we got here, go watch “Ken Burns: Baseball.” However, before baseball settled into it’s current form, there was no World Series, and the leagues formed for a variety of reasons, disputes, money, disagreement of rules, etc. however along the way we ended up with two dominant leagues, the American League (mine) and the National League (older of the two.) The first World Series (which Boston won) was played in 1903 and became another part of the great organism that is baseball. It is not the only part.

Firstly, I am a fan of the Boston Red Sox. That is my team. Which means that once they are eliminated from POST SEASON PLAY I then root for the Yankees to get eliminated (kidding…mostly) and will then follow the World Series for it’s historical value, because overall, I am a fan of Major League Baseball. When the Cubs went to the World Series in 2016, I was watching. They are not my team or even my preferred league, but it was history.

So, here’s my breakdown. Watch the season. Pay attention to the records, the plays, and the game itself. Hope for well played games to look back on. As the season starts to wind down, then open up a second, smaller track in your mind for keeping up with if your team will go to post season play. Your still going to need season numbers for that. Like this one, the Boston Red Sox, in the past 20 years, have only won 96 games (or better) and all three times, they went on to win the World Series. If your team makes it to post season play, then your still watching the final games and reading the numbers, like who will they have to face, who will get homefield advantage, which team is the unfortunate second wild card, you will watch all of that, until the season ends. I am happy we are in the play offs, I love that we won the pennant (concern 1.) yes the pennant. Who cares about the World Series until the regular season is over? (Non fans.) We won the pennant three years running. There is divisional play, so I enjoy winning the division.

Now, when the season concludes, for some teams, baseball enters a second phase, POST SEASON PLAY. The season is not just about getting here! The season is what matters. After that we can worry about the World Series. Yes I want us to win in the play offs, yes I want us to go to the World Series, so much so that I will disappoint my wife to the tune of a ticket if they lose two games before I am going to be in Boston, but real fans? They won’t forget this season. We especially won’t forget it if we lost quick in the play offs (it does hurt more because the season was so great) but we will not forget that we watched win 106. The real fans will remember this season, and it will be the yard stick against which all others are to be judged. To those with these social media posts, maintaining the ridiculous position that none of it matters if we do not win it all, can I perhaps recommend you try football? That is unfair though, as you will likely be unwelcome among the fans who freeze their way through games to watch them, if you only watch the super bowl.

My mother in law, is a Braves fan, and she has taken the Red Sox into her heart out of love of my wife and I and our children. She has sat up late texting with me about both teams victories and defeats. She has more fan in her than that Instagram thread could ever aspire to.

If your going to say you love the game, then you are going to need to learn what it is about. 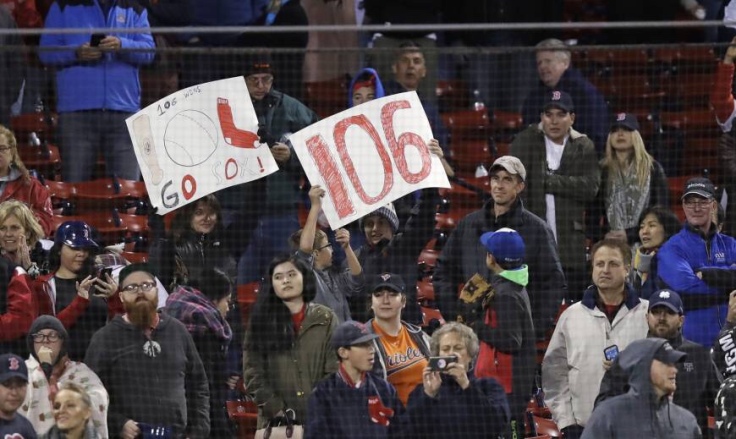