For many analog hobbies, it is true that if you look near the heart of the thing, collecting can be found in some form or another.

For me the love of the stamp came naturally, and was partially detailed in a previous post, but here is the short version.  My Grandmother was a Rural Letter Carrier.   My mother worked there off and on, My grandfather also worked there, and later my grandparents would retire from that post office.  It is/was one of my favorite places in the world, it is the post office for home, Soddy Daisy Tennessee.  I used to play out in the parking lot, and there was a wall to keep the ground from collapsing into the lot.  If you climbed to the top of it there were railroad tracks, it was at this rural post office, as a boy, that I saw the tan tanks on trains heading off somewhere in the early 90s.

Stamp collecting goes back to the advent of well…the postage stamp.  I love history, and if you look closely enough, there is a history lesson in every postage stamp.  What makes it great as an analog hobby besides that?  Well, it does not require a lot of start-up capital or specialized equipment or the thing we all seem to be short on, time.  It can be as simple as buying a sheet of stamps that you like at the post office and putting it away.  Places like Hobby Lobby sell bags of around 300 stamps for about ten dollars a bag, and there is a big mash up of stamps in those.  You will, of course, come across many repeats, but there are great things too, I have pulled plenty of WWII war bond stamps out of those bags.

I collected ever since I was a child, and it usually consisted of putting away sheets of the stamps that had come out and my family bought me what they believed I would like. Remember for me, the post office was a deep part of life.  I looked forward to the post office picnic every year.  There were good prizes for the games, usually postal related.  The point is, I was never one to trace rare stamps, or to have a giant book, but what I did have was Classic Movie Monsters, Bugs Bunny, and I Love Lucy.  This hobby allows you to pick your own involvement level.  Minimal investment, a vague interest, and the willingness to research.

Here is where I will say this for the first time: Digital for the win.  This hobby has been improved through the wonders of the Internet and the personal computer.  Guides, and lists, that used to cost money, are now available for free online.  My real collection is the stamps of The Soviet Union, and a website called Collectors Net has saved me the price of a sixty dollar book. 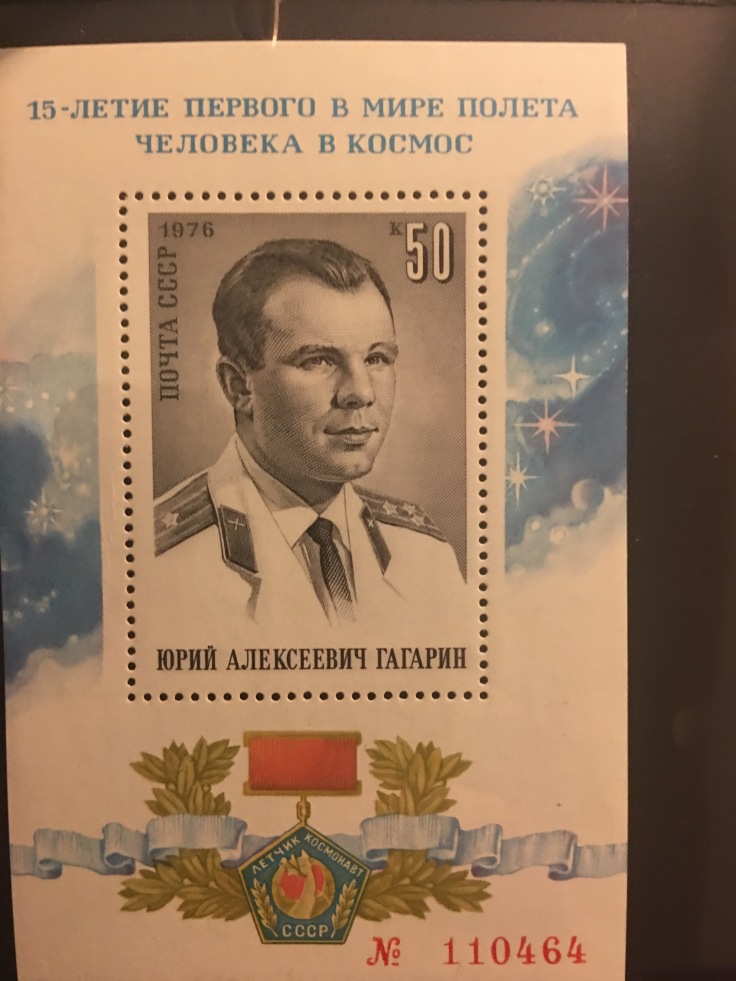 You will all have to forgive me from this point on with this post, I was just informed that I lost a family member tonight.

I decided to involve my son in stamp collecting and so we expanded a bit.

We buy the bags together, sort the stamps together, and then we do his favorite part, we soak the stamps in hot water and peel them from the paper they are stuck to and dry them in books.  It is time together, not in front of a screen (minus part of the research, if we do not use the hard copy encyclopedias) and he gets to learn some things.  Stamps do not offer much in the way of the tactile, but even at four, the taste he had gotten was enough to make him excited to see the National Postal Museum in Washington D.C. and as I said, it does not involve a video game or a television.  It steps into the real a little bit.

Bottom line-  You can start a quick and easy collection that can grow with your knowledge on the subject.  You can give the collection and the passion to your kids.  You will also be in some good company, FDR and Freddy Mercury counted among the great philatelist.

Let’s address that, philately, the study of stamps, is not stamp collecting.  However, you usually cannot collect stamps without some light philately, so do not get hung up on the two being used interchangeably.

Get out there and get an old fashioned stamp, and look at it.  If you are still collecting in a year, maybe you will be ready to study how they are printed. 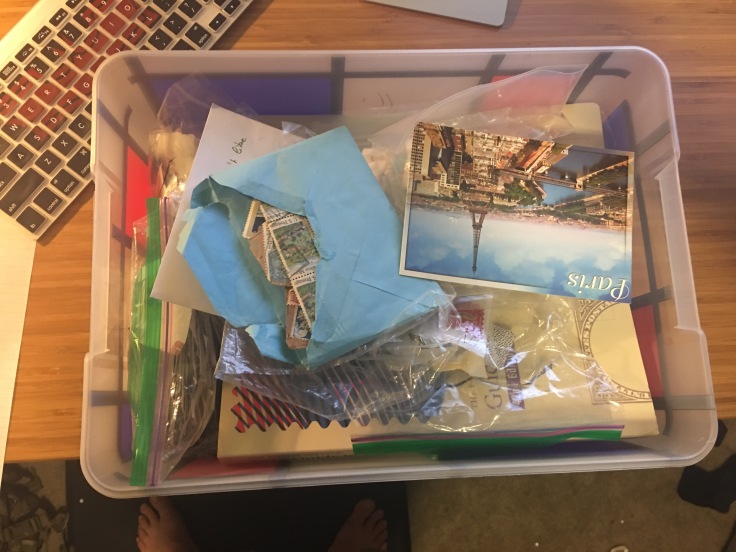